Beware the Dangers of Choosing an Unlicensed Office Moving Company 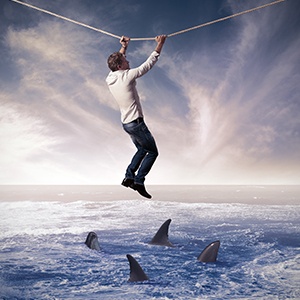 Everyone loves getting a great deal, and businesses are certainly no exception.

In fact, unlike personal shoppers, business decision-makers are held accountable by their boss – which means that getting a great deal for the organization means gratitude and maybe a promotion, and getting a bad deal means criticism…and perhaps worse.

We bring this up, because over the years we’ve heard from MANY customers who thought they were getting a great deal by choosing an unlicensed office moving company; often because an employee of theirs “knew a guy”, or because they came across an ad on Craigslist that seemed professional and legitimate.

However, as you might have suspected already, their experience was anything but rewarding. On the contrary, it was thoroughly regrettable, and frankly, quite embarrassing as well.

You Get What You Pay For...

Regardless of how much money you think you’ll save, what extra services you think you’ll get, or how simple and efficient you’re told the experience will be, there's almost always a catch...

The only thing you can safely assume about unlicensed office moving companies, is that they won’t have liability insurance; or if they do, it will be far below industry standards.

As such, if your valuable office furniture, equipment and other assets are damaged (and we’ll get to this in a moment), then your only recourse will be to head to court. The same goes if any of your employees are somehow injured (e.g. an improperly installed desk topping over). And as you might expect, long before you get to court, you’ll be obliged to answer the question: “Why did you choose an unlicensed office moving company without adequate insurance?”

Office furniture and equipment can be easily and quickly damaged if not moved appropriately. For example, certain items must be skillfully taken apart (such as workstations or cubicles), and then just as skillfully reinstalled. And then, of course, there is the need to completely avoid scratches and dings along the way. There has to be zero tolerance for any damage -- cosmetic or functional.

However, an unlicensed office moving company is simply not going to know how to safely and correctly move office furniture and equipment. Their “staff” will be general laborers, rather than skilled professionals. And so the question at the end of the move won’t be, “Did anything get damaged or break?” but rather, “What was damaged and what broke?”

It may sound exaggerated or alarmist, but a huge and very real risk of choosing an unlicensed office moving company is that your items may get stolen. No, we aren’t talking about 8x8 cubicles. But smaller items such as fixtures can easily “go missing”. The same goes for employee personal items that may not have been taken home. It can and does happen.

The possibility of being extorted by a moving company is more likely with unlicensed residential movers, but the threat does exist in the office move space as well (especially since many shady companies do both kinds of moves).

Basically what happens here is that the unlicensed office moving company refuses to unload their truck(s) unless “surprise” extra fees are paid. When customers balk at shelling out hundreds or thousands extra dollars, the company takes off and puts the furniture (or rather, throws it) into a storage facility – and then starts tacking on punitive storage fees that grow by the day and sometimes by the hour.

Again, we’re not suggesting that this kind of thing is a common occurrence. But it CAN happen, and you need to be aware of the possibility.

Avoiding the Risks While Getting a Full Value

At Precision Office Furniture Installation, we pride ourselves on offering our customers great value and NEVER putting them at risk. And we have over 30 years of proven experience to back it up.

Contact us today and be assured that when it’s time for you to move, our experienced, certified and licensed move management team will be on the job!